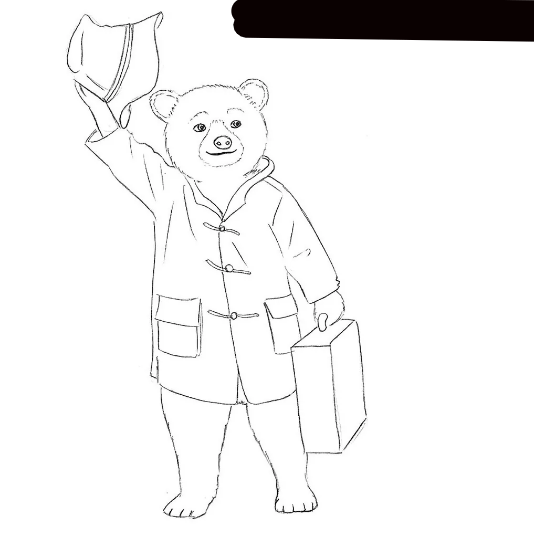 This drawing tutorial will show you how to draw Paddington Bear. Paddington is an English writer Michael Bond’s character in the book and the eponymous children’s series.

Step 1
Sketch the head first in the shape of a circle. Next, draw the torso as an oval. Draw the legs and arms using simple lines.

Step 2
Draw the lines for the facial features. Draw the ears using semi-circles. Next, draw the arms and legs using elongated cylindrical. Sketch the hands Use circles to trace your feet. Draw the suitcase and hat.

Step 4
Draw the head of Paddington using the same “furry” lines. Draw the inner lines of your ears.

Step 5
Draw the coat for our character. You will first need to draw the outer lines.

Step 6
We are now at the final step in our tutorial on how you draw Paddington Bear. We just need to draw the legs and hat.

Step 7
We now draw the details. Draw stripes on a hat. Next, draw buttons and pockets on the coat. As in the example, add some folds.

Share this drawing lesson to help us. Also, subscribe to our social media networks and leave a comment below. It is not the only lesson on bears on our website. You can also visit the tutorials on Winnie the Pooh and Soviet Olympic Bear.