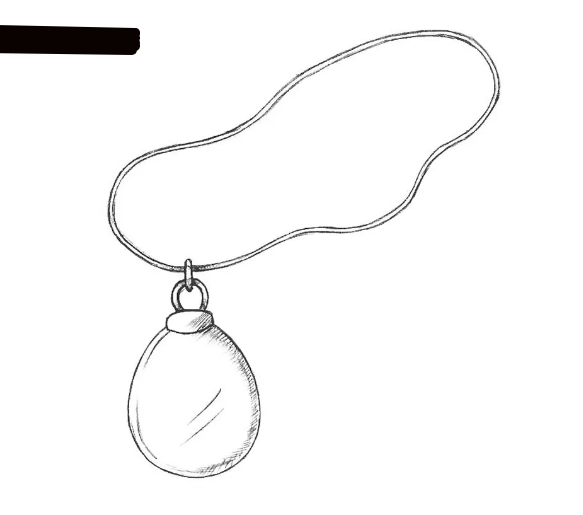 Amulets are among the oldest kinds of jewelry and are still popular. They can be seen in history books as well as in stores selling jewelry and also in various game titles (mostly RPG games), and in various films. Let’s begin the instruction on drawing an amulet.

Step 1 Let’s begin with an outline that is very similar to an ordinary egg. It is important to note that this is only an example. You could make an amulet in any shape.

Step 2 In the upper portion of the “egg”, we sketch out an elongated loop. Additionally, in this step, you can sketch a frame for an amulet.

Step 3 Now, using two lines that are long and twisted, draw the thread. You could draw a chain in place of thread.

Step 4 Add some highlights and shadows to the amulet’s surface drawing. To give it more authenticity Don’t forget to add some shadows on the rope loop and the rope connection area.

As you can observe, this easy guide on how to draw an amulet resulted in an impressively realistic and beautiful amulet design. We want to remind you to not duplicate the outline of the amulet you learned from our lesson. Instead, following the basics of this lesson, draw a different amulet.